Order of the Spirits
MENU

Thoughts on A Plague Tale: Innocence

All right. Here’s the thing.
This game is a masterpiece… 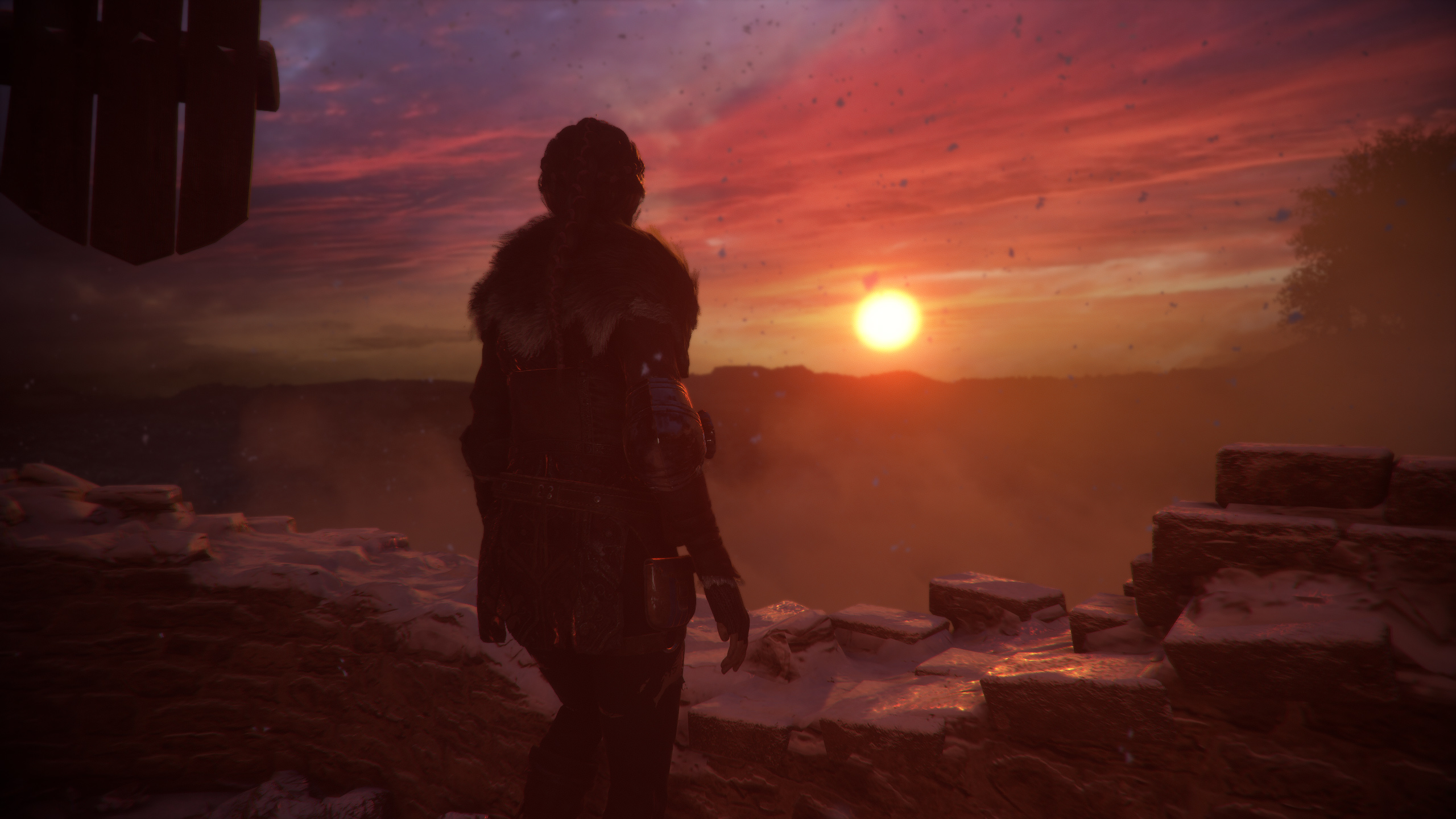 I honestly don’t have any gripes where this game is concerned. From start to finish, I was invested, immersed, and amazed by every aspect of A Plague Tale: Innocence. This is easily one of the best games I’ve ever played, and here’s why!

The story and characters

A Plague Tale takes place in medieval France, and you play as a young girl called Amicia. She’s the older child in a minor noble family, but right off the bat, ominous tones surround her home and hint at things that are to come. 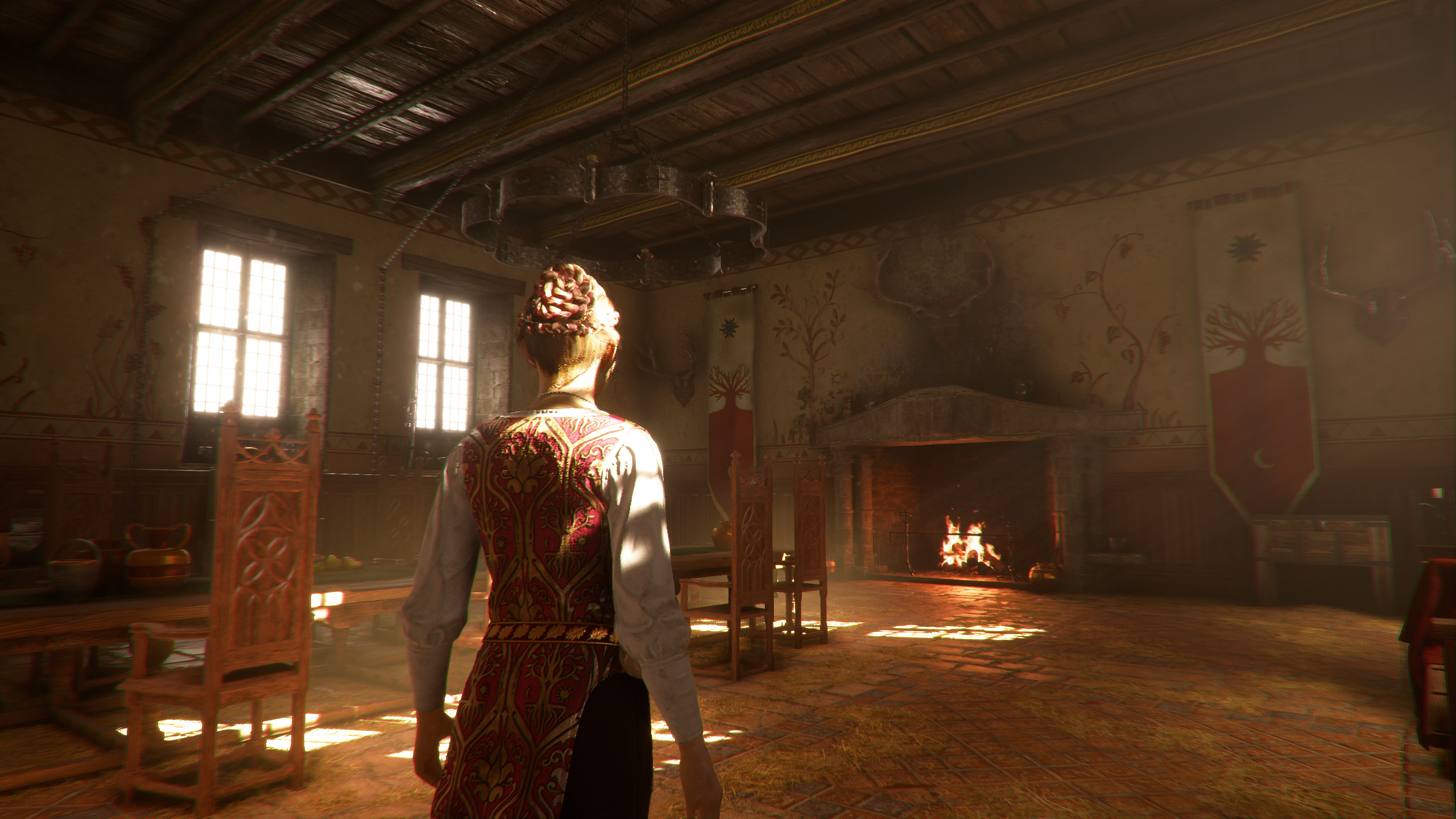 To avoid spoilers, let’s just say that certain events transpire and Amicia ends up on the run through a plague-ridden France with her sickly brother Hugo. They must find a way to survive, but everything is stacked against them. 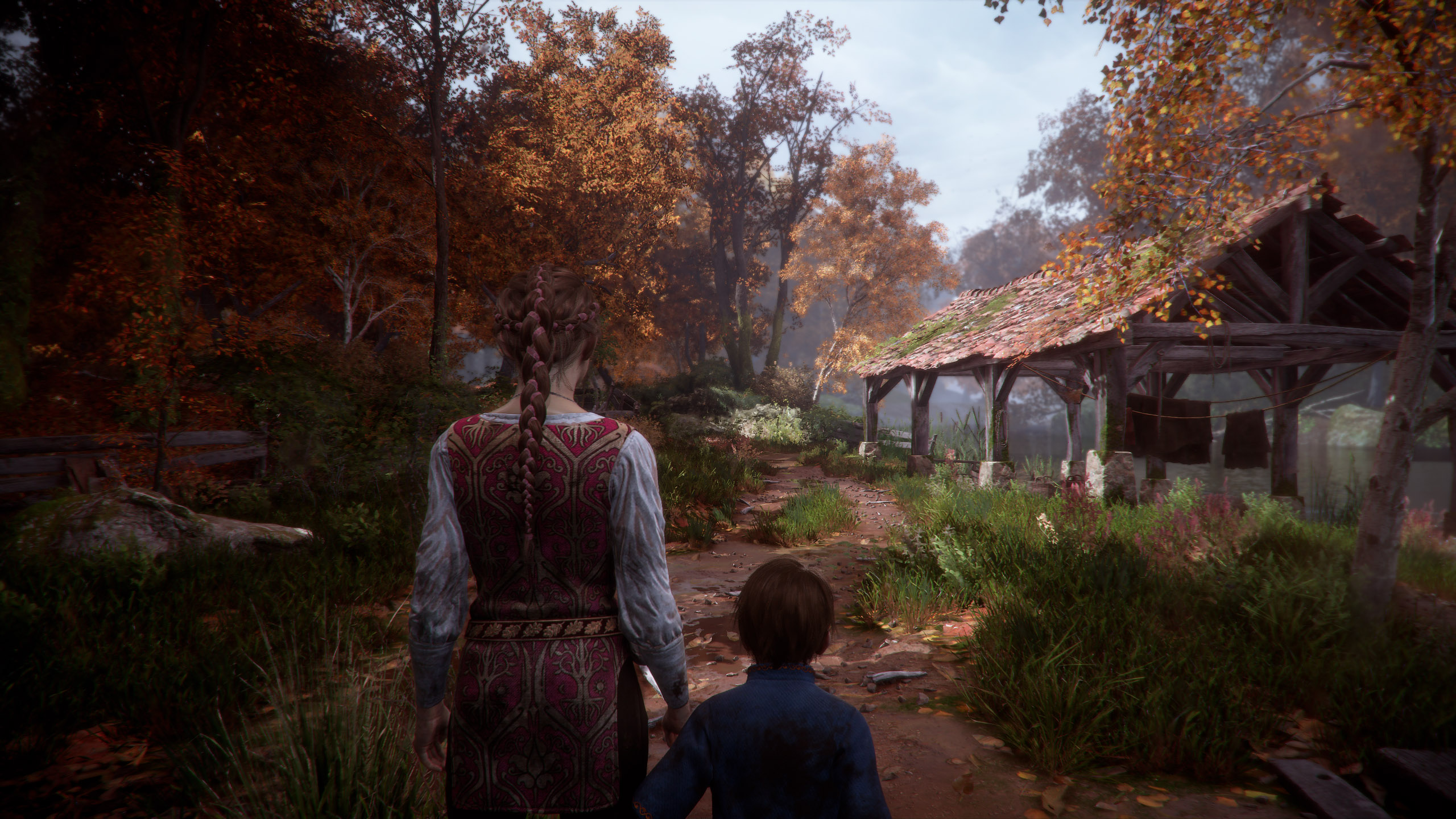 The story is riddled with suspense and dread, while certain aspects of it are cloaked in mystery. However, despite the grim and brutal settings, this game has heart… With good pacing and effective writing, the narrative never lets you forget what’s truly important in this tale, and this touching element of the human condition is present throughout the entire journey.

In terms of genre, I’d classify A Plague Tale as historical fiction. There are also elements of fantasy here, most present near the end, but they are subtly built throughout the game and don’t undermine the gritty realism that this story offers. Everything feels very authentic, including the characters who are well-developed and believable.

Amicia is a great lead... She’s resourceful, smart, but also young and flawed. She goes through a lot in this story, and you really feel for her. Meanwhile, all her actions and decisions make sense and are rooted in a desire to protect her baby brother.

Amicia’s relationship with Hugo plays out as genuine, and their bond is the emotional foundation of the game. I ended up caring for these two immensely… A Plague Tale also introduces and handles the rest of its cast very well. The good guys inspire appreciation simply by helping the siblings, while the villains of the story inspire dread due to their almost invincible status. 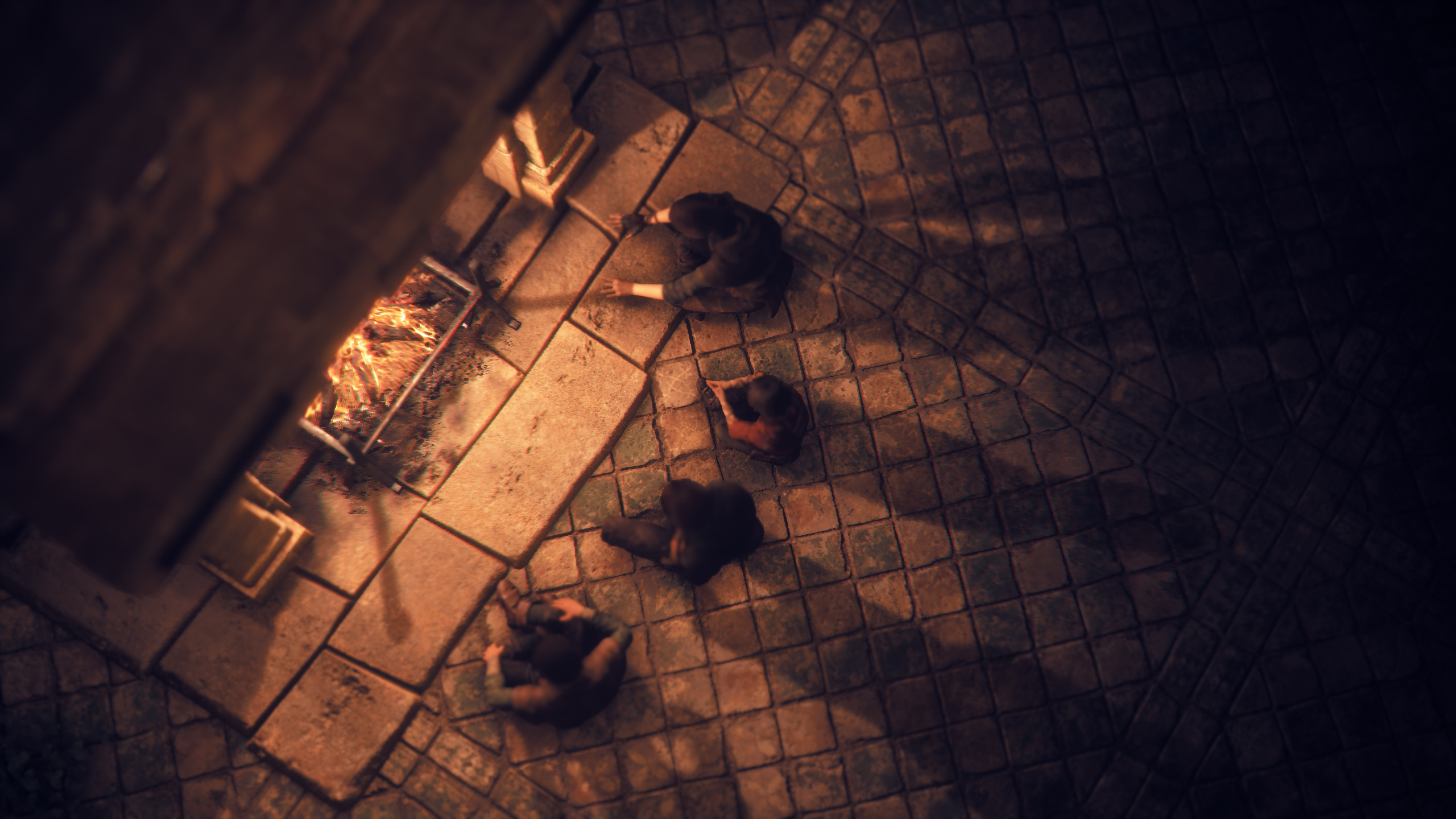 In short, the game does a wonderful job with its characters! All of them are well written and well utilized in this amazing story.

A Plague Tale: Innocence plays out as a linear experience with the accent on stealth and environmental puzzles. There’s some slight exploration that rewards you with crafting materials or hidden collectibles. The materials come in handy in later parts of the game, while some collectibles offer bonus dialogues which are always nice and on point.

Still, for the most part, the game has a simple level design in terms of progression. In terms of ambient, detail, visuals… every map is gorgeous! But, more on that later. For now, let’s talk gameplay mechanics.

When it comes to action, it’s all about stealth. Amicia’s only weapon is a slingshot. Her enemies are armored brutes. So, if you’re not careful, you’re dead. Being outnumbered and vastly weaker than every enemy is great, though! Not only is it realistic, but all that sneaking around really plays into the survival aspect of the story. 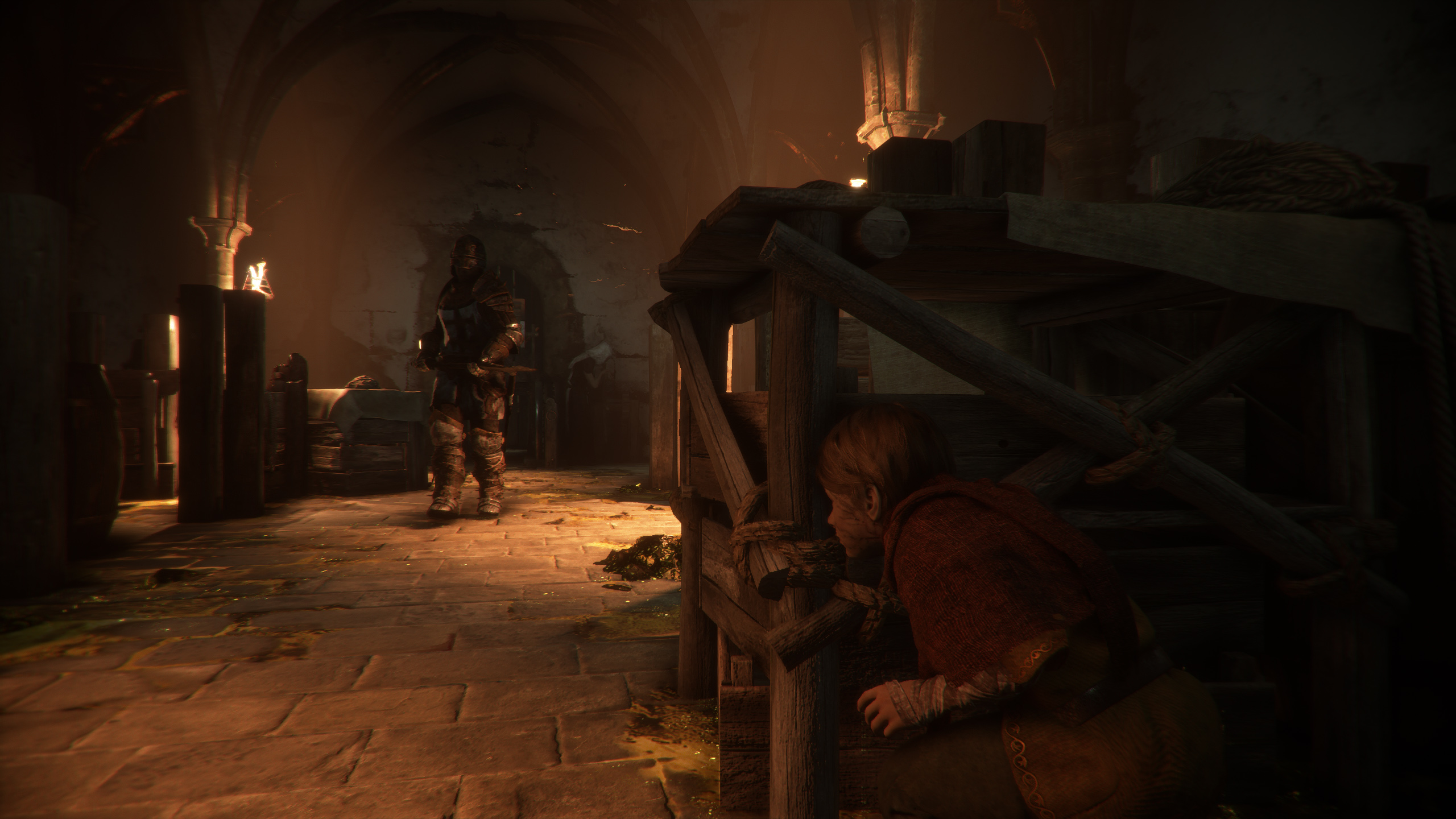 Amicia’s arsenal expands throughout the game, which broadens her stealth and combat options, and you can also upgrade your equipment with enough crafting materials to further enhance those abilities. All of this will prove useful because as the game progresses, the enemies become stronger too. The new enemy types keep things interesting, and it’s a fairly balanced system.

Meanwhile, the environmental puzzles play out in a similar way. They start off with simple problems and solutions, then the game slowly diversifies both. And very often, the stealth segments are structured as puzzles too.

It’s worth noting, however, that neither of these two gameplay mechanics are particularly challenging… Both stealth and environmental puzzles are rather straightforward. To me, though, they never became stale or felt out of place. I don’t know if it’s due to the way the levels were paced, or if it was the immersion that they offered, but I fully enjoyed every moment of this game, regardless of the simple gameplay formula.

The visual and audio design

Earlier I stated how this game feels authentic. Well, that’s in good part because it looks and sounds authentic. 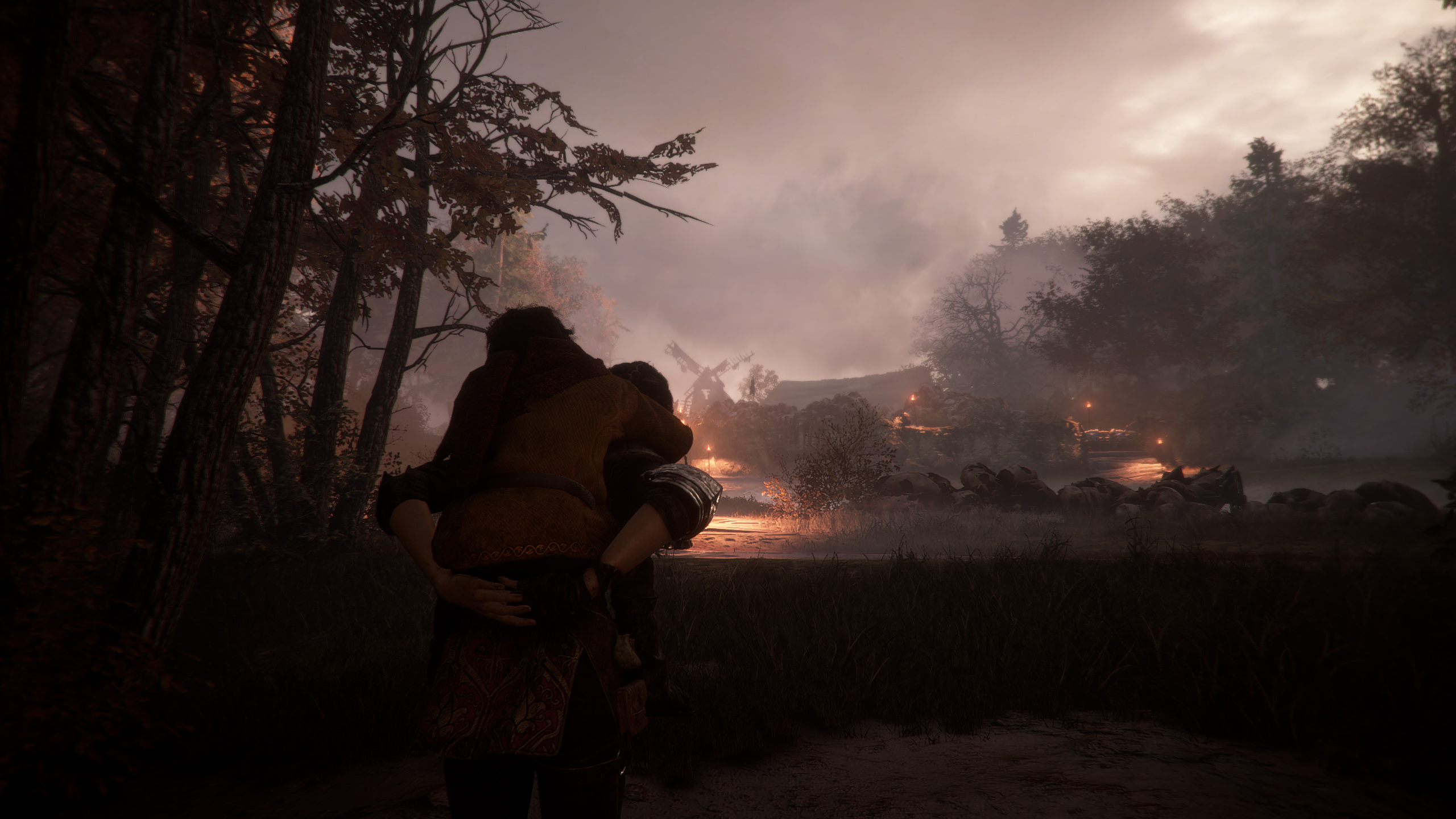 Not a painting. Not a cutscene. In-game footage...

The visuals in this game are incredible! The attention to detail, the lighting, overall tone… everything is just beautiful. And the trade-off of not having large, open-world maps is that even at high graphic fidelity, everything runs smoothly! I played the game in 2k resolution at the highest settings (with an outdated GPU, no less), and at no point did I have stutters or frame drops. I guess this is also a good time to point out that I encountered no bugs or crashes with this game. Everything was as tight as it could be! 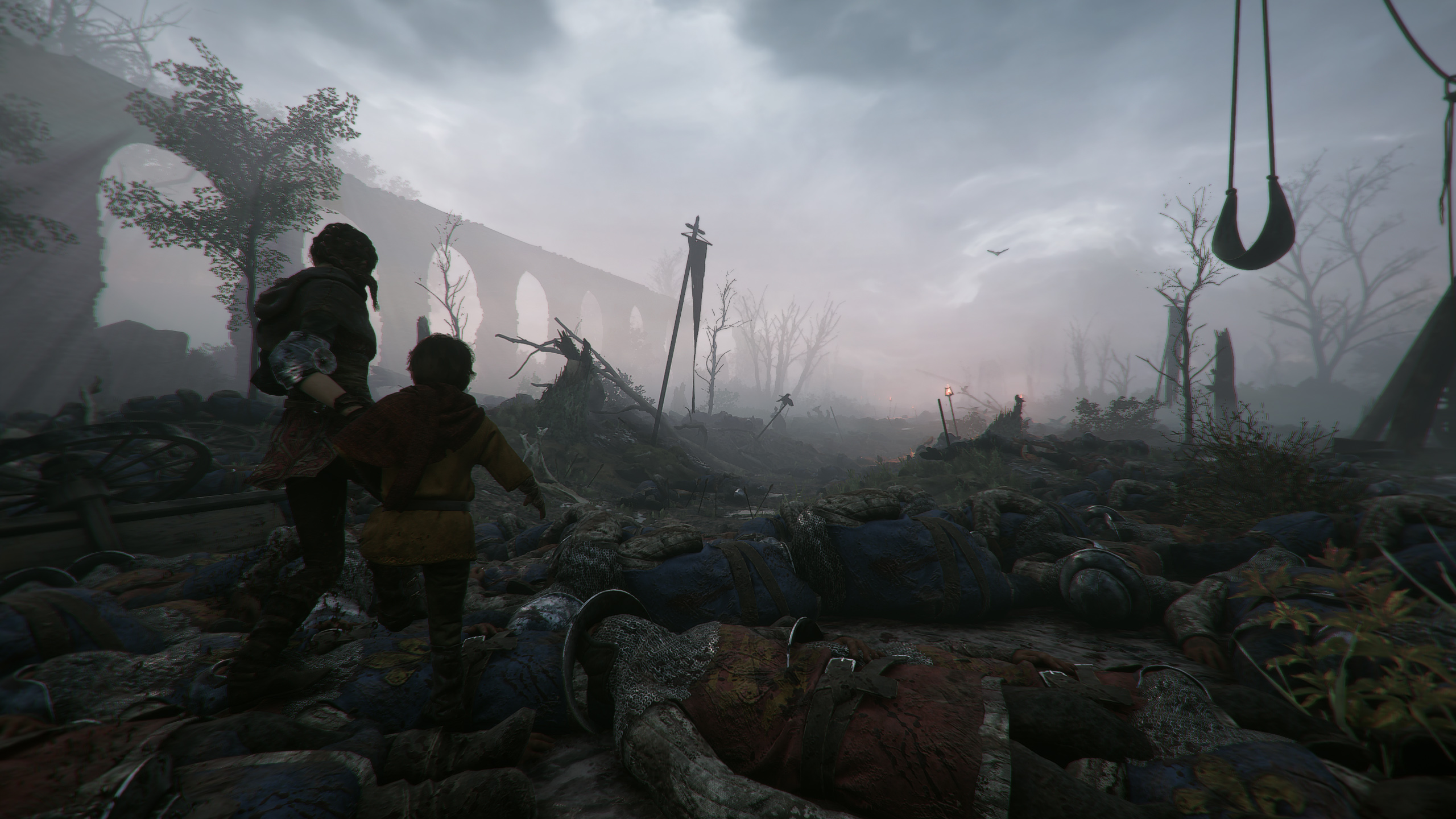 The game also has a photo mode!

Meanwhile, the voice acting, the sound design, and the soundtrack are all just as impressive. Every scene was well-acted and successful in hitting all the right notes. I was taken aback when I learned that the lead voice actors were actual kids, with no prior experience in the video game industry. They did a truly commendable job in bringing these characters to life…

As for the soundtrack, my god… The music of A Plague Tale is excellently crafted and thoughtfully used throughout the entire game. I could rave about it for a long while, so instead, I think I’ll just leave this here...

There are more intense tracks, too:

To put it simply, I love this game. I don’t know what else to say. A Plague Tale: Innocence is a flawless 10/10 for me. Very early on, the game set my expectations high, but at no point did it falter. What’s more, the more I played it, the more I appreciated my time with it. This game is a single-player marvel, and I encourage anyone who’s into story-driven games, or storytelling in general, to give it a try. 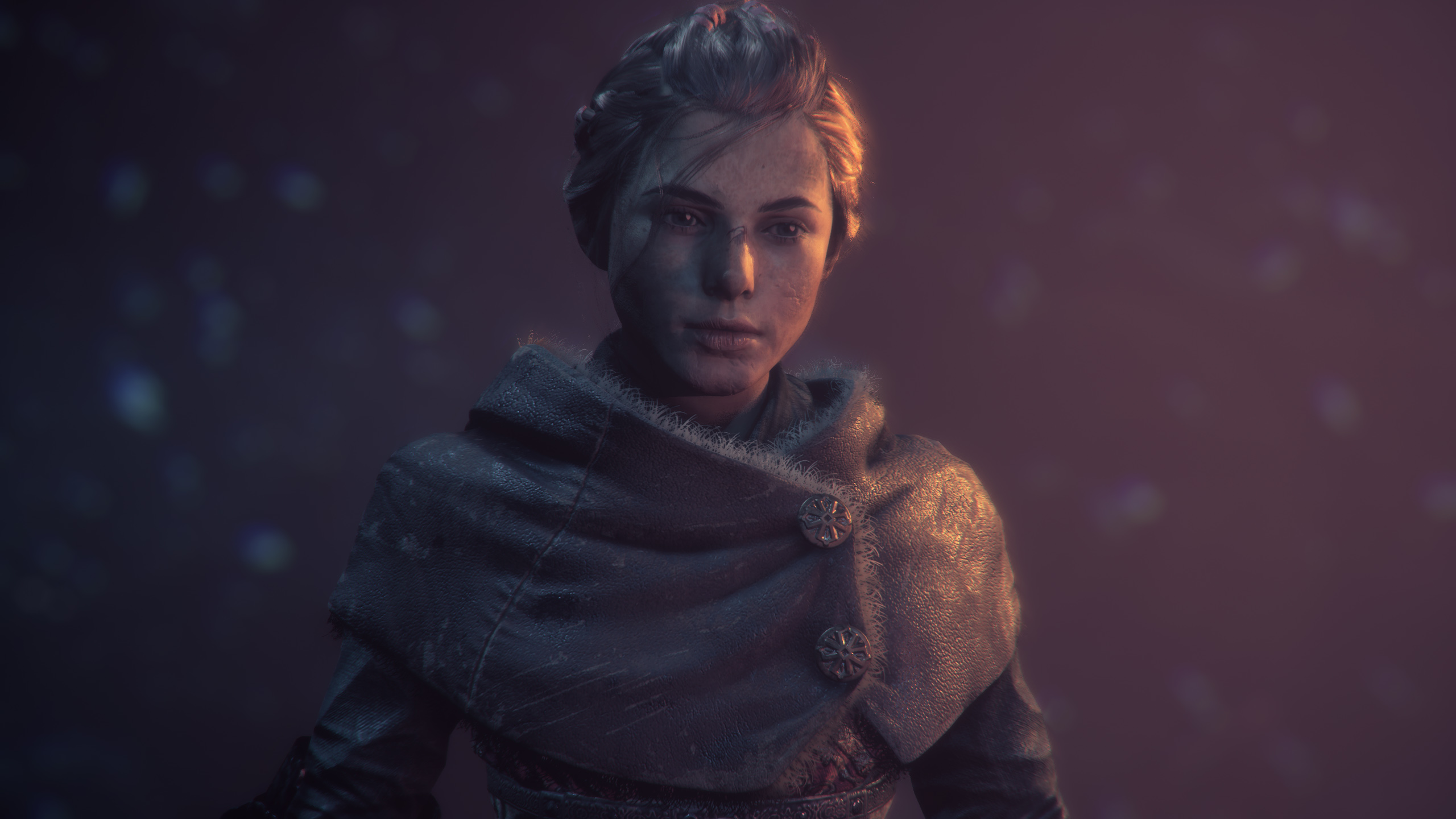 I think that’s all I wanted to say, but here are a few more screenshots from my playthrough!
Take care. 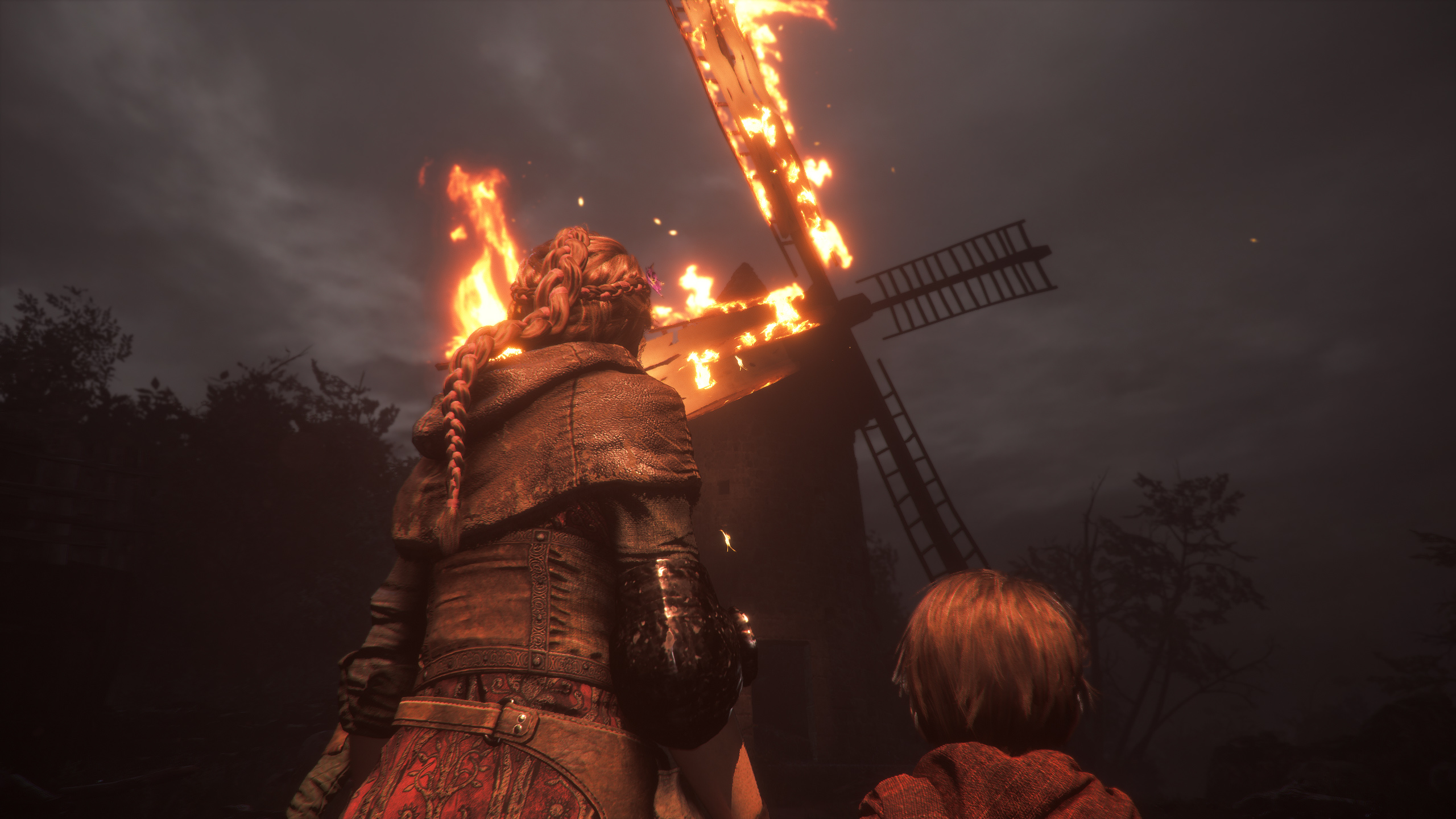 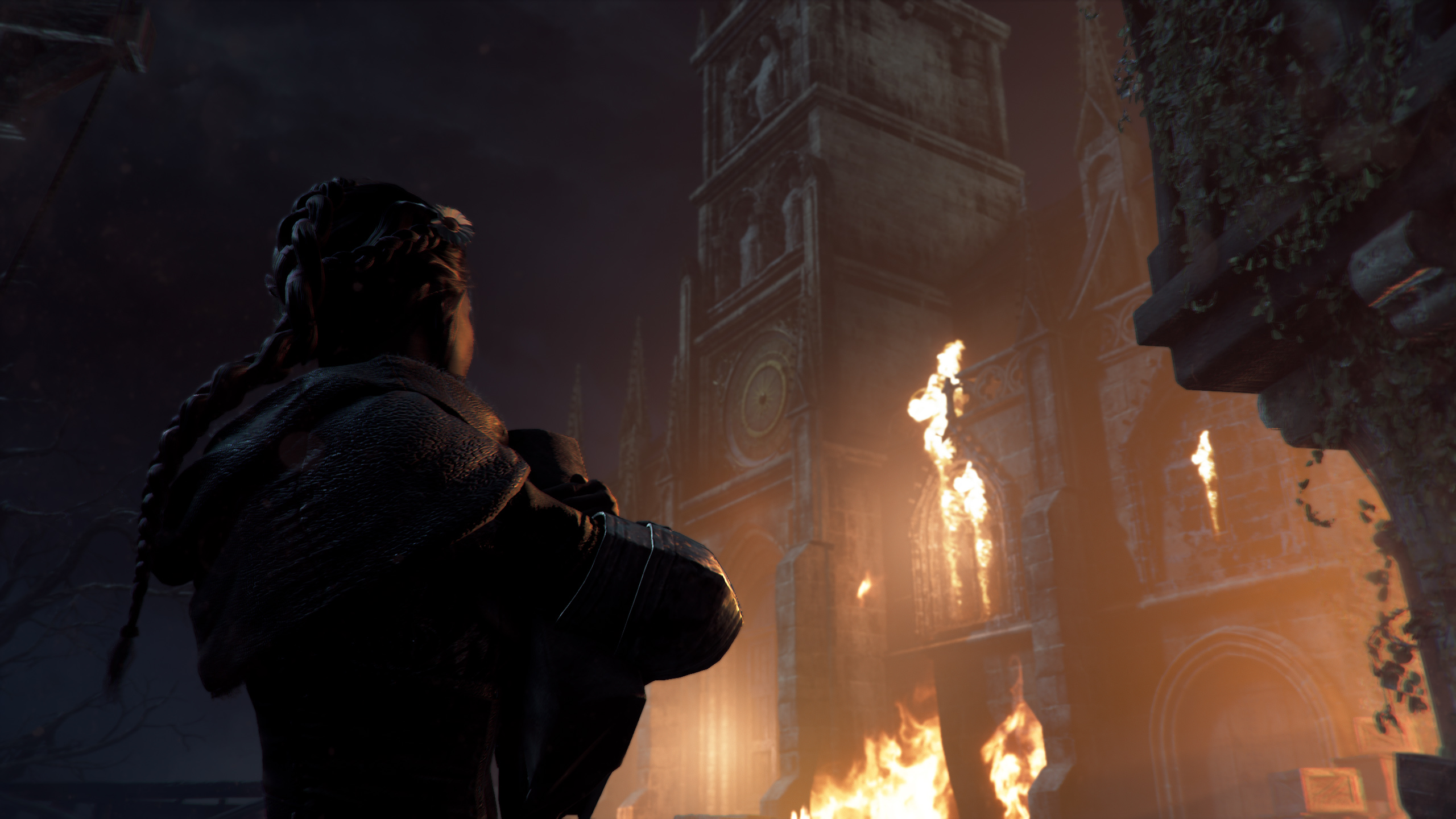 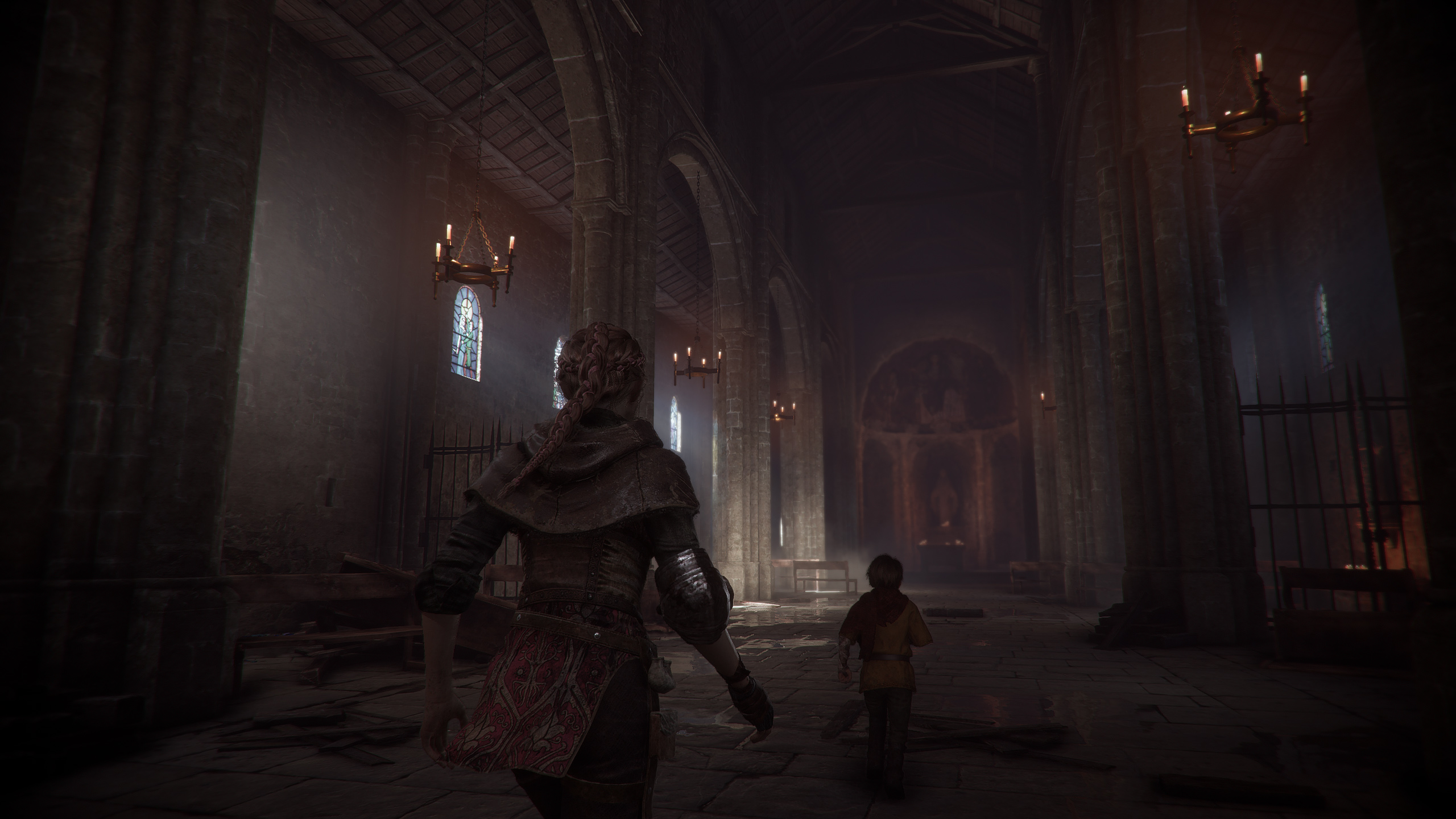 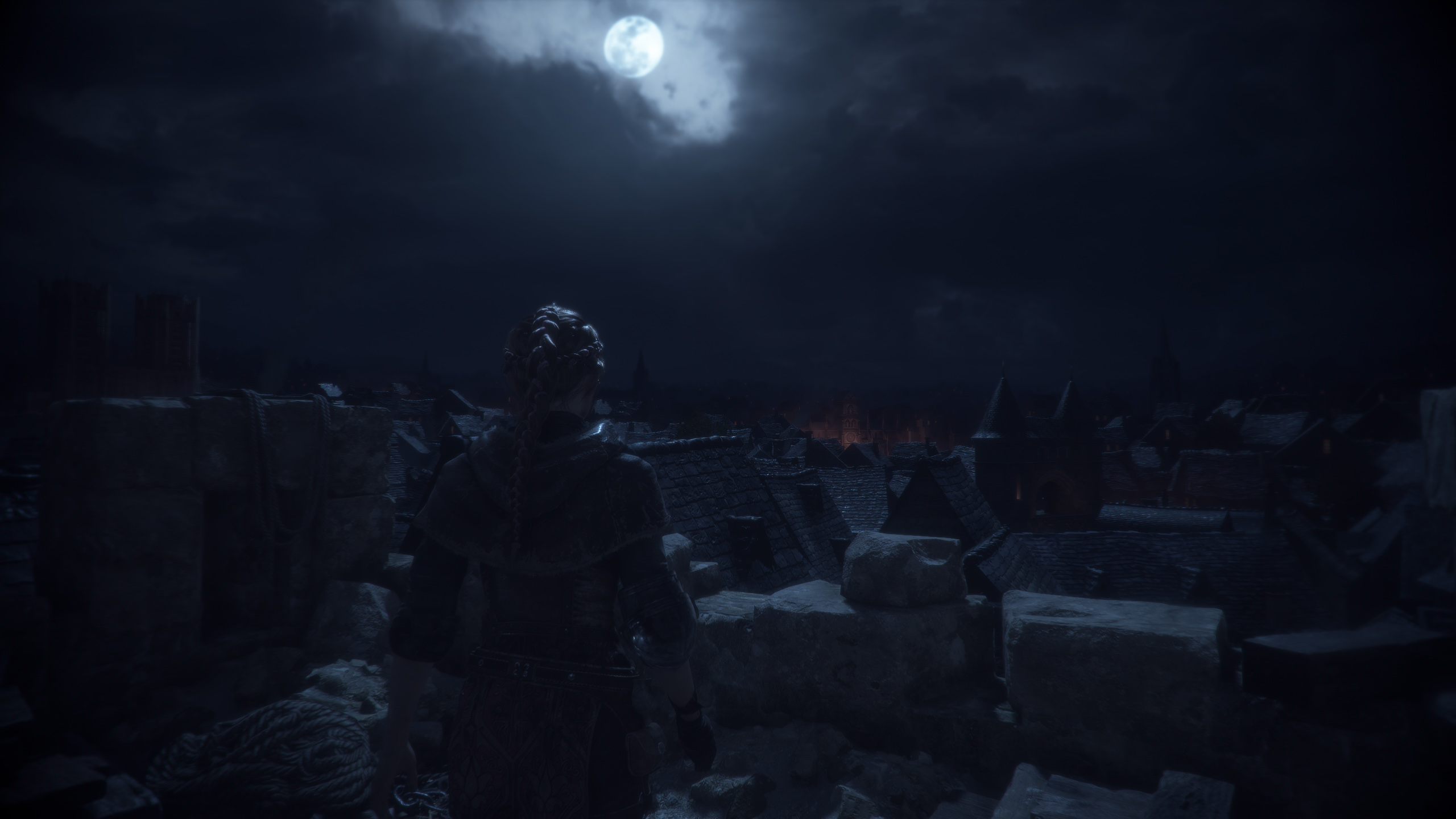 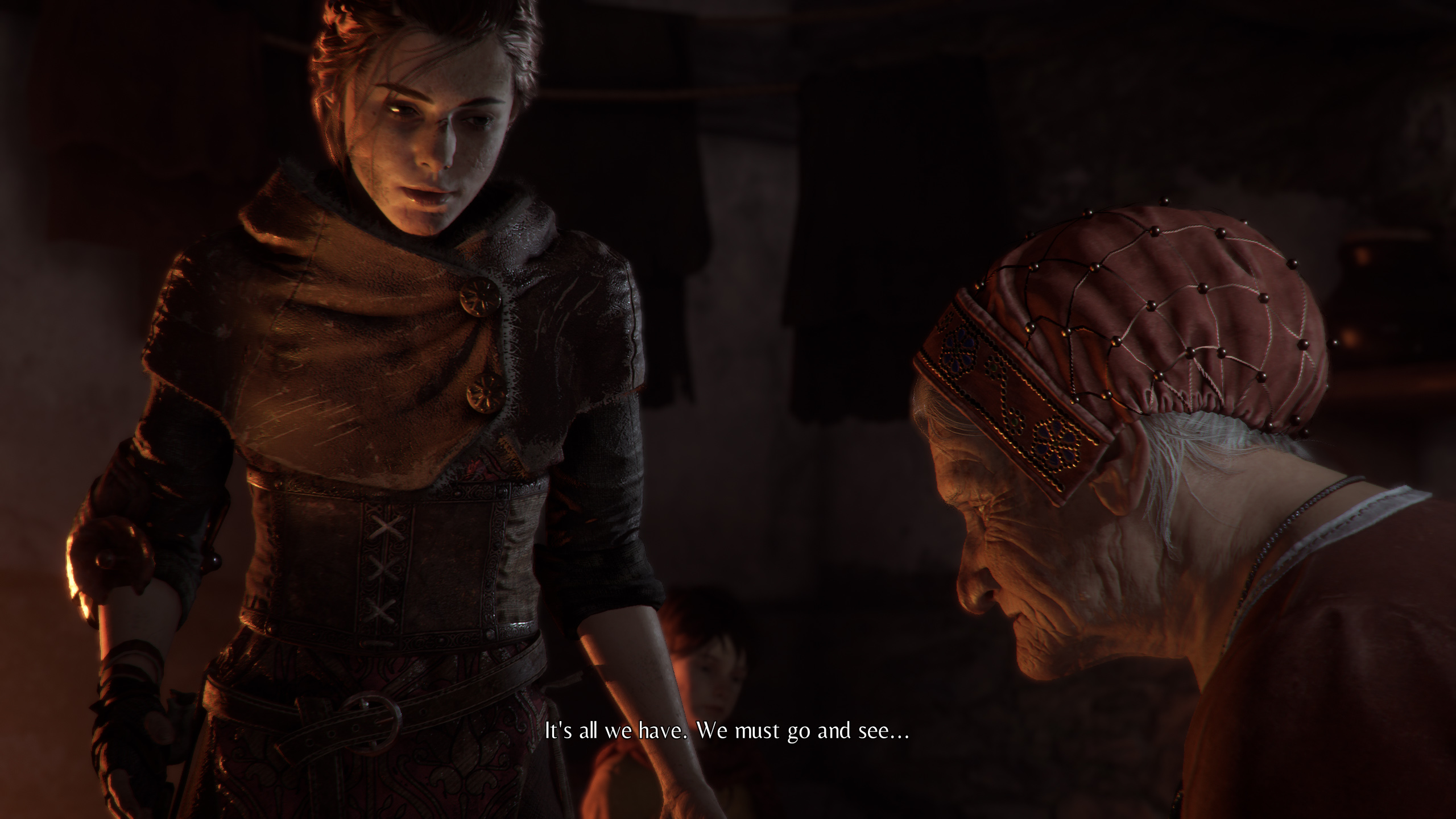 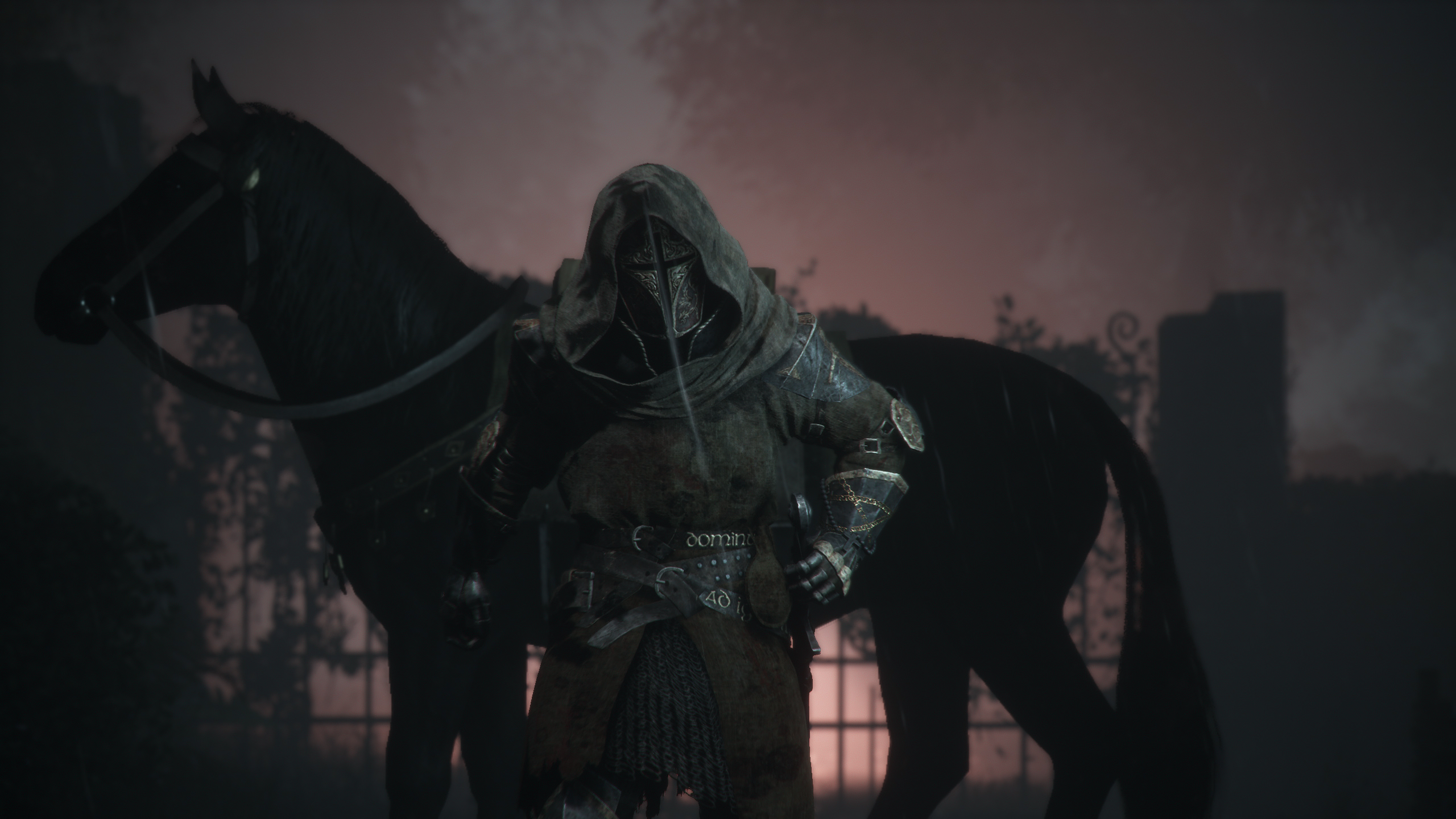 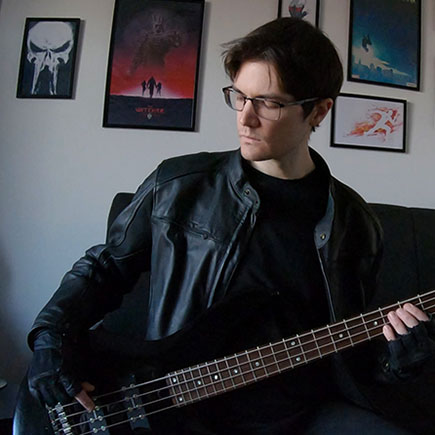 A long time ago I made up this universe and now, among other things, I write stories for it. When I’m not working on Order of the Spirits, I'm usually busy running a small hotel in a small town. Or programming. Or playing games on GOG. Yeah… Mostly playing games on GOG…

Off Topic
Child of Light and other Bass Covers
Every five months or so, I may pick up my bass guitar and record something with it...
Off Topic
Thoughts on Assassin’s Creed: Odyssey
Finally having finished this game, after almost half a year of playing, I wanted to share a few words about it.
Off Topic
Quick takes on 9 different movies
It’s been a while since I had time to watch movies, and I’m finally making up for it!
Off Topic
Thoughts on Astral Chain
If you own a Nintendo Switch, you shouldn't miss out on this game. Here are my reasons as to why…
Off Topic
Play, Watch, Listen
This is by far my favorite podcast right now, so I figured I’d share some words about it.
Off Topic
Thoughts on Fire Emblem: Three Houses
This game was one hell of an experience for me. Holy shit...
Off Topic
Quick takes on 5 indie books
I’ve done some reading over the last few months, so here are some short reviews!
Off Topic
Thoughts on The Batman
A non-spoilery talk about the latest Batman movie. (And a seethed rant from the past.)
View All